I met Greg Laemmle when screening films I’d made as an independent filmmaker. Little did I know the impact his family has had on so many film maker’s careers, just as he did mine — the Laemmle legacy.

One day I was attending a film festival at The Royal Theater and noticed “The Laemmle Family Wall,” a fascinating and profound history of the Laemmle family, tracing back to the origins of Hollywood. This compelled me to reach out to Greg and ask him if anyone had approached him about a documentary. His response: “Do you think anyone would be interested?”

The answer? Yes. Though we had no idea where this film was headed, Only In Theaters took on a life of its own through changing markets and slipping sales. Then, the pandemic hit and the Laemmle story became the microcosm of the macrocosm—theaters were forced to ask big questions about resilience and viability. The entire Laemmle Theater chain closed for more than 16 months, and many never reopened. We were able to witness the Laemmles’ extraordinary challenges and triumphs during what was the most tumultuous and emotional 24-month period in the theater’s history. 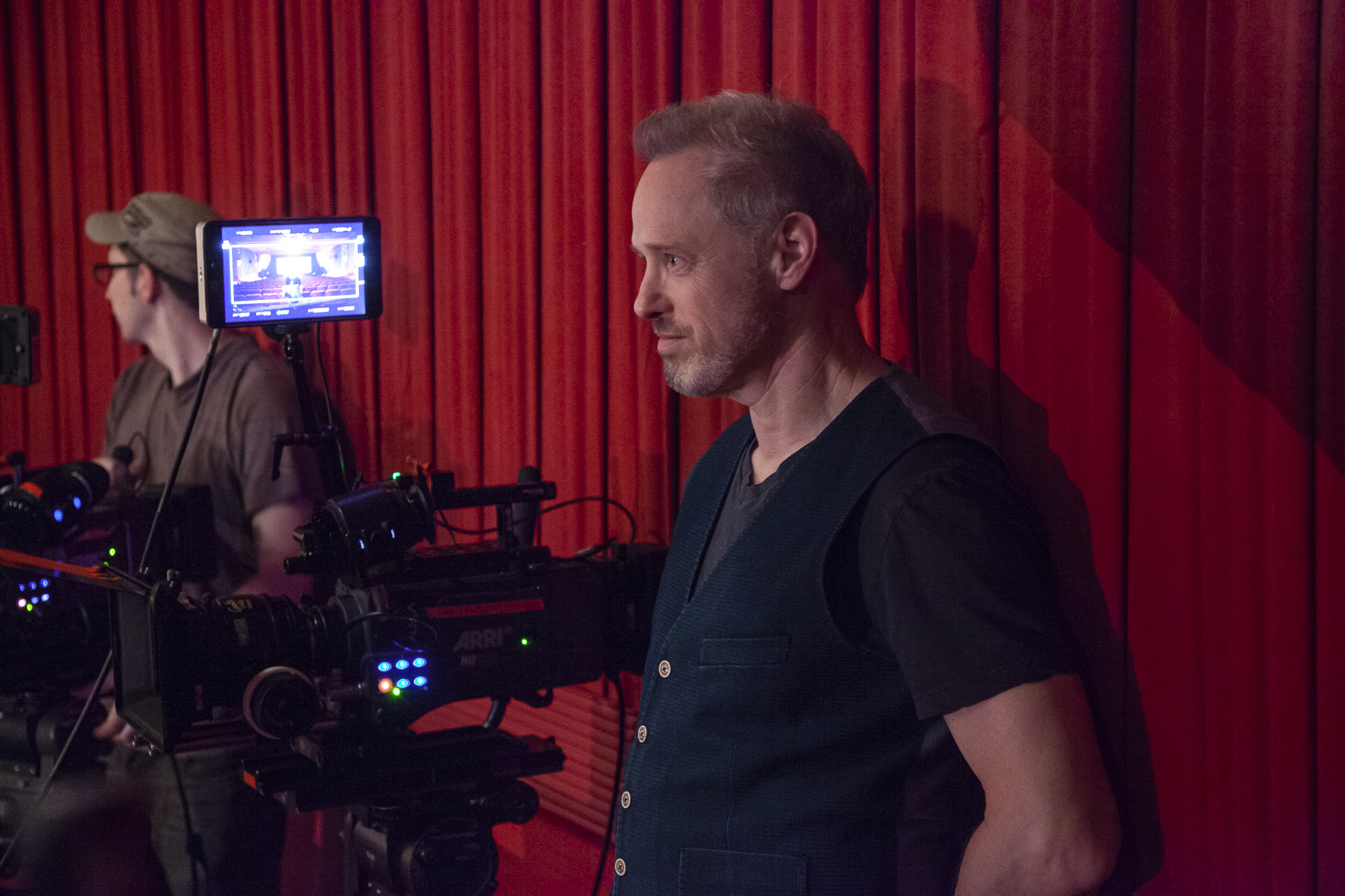 Raphael Sbarge (Director/Producer) has spent significant time on both sides of the camera. In 2020, Sbarge earned his first Emmy nomination for LA Foodways, a one-hour feature documentary and six-part television series that he directed and produced. It debuted on KCET-PBS, which also co-produced the project. He has directed several other films for KCET, and is currently in preproduction for a new feature documentary that KCET will co-produce, called 10 Days in Watts. Sbarge recently completed a film of Martin Moran’s Obie Award-winning Off-Broadway play The Tricky Part, now on the festival circuit. His series On Begley Street with Ed Begley Jr. won numerous awards. Sbarge’s first narrative short, The Bird Who Could Fly, has won numerous awards and garnered many laurels at film festivals around the country. He is the founder of Wishing Well Entertainment.

Sbarge has also been a working actor for more than five decades. Growing up in New York City, he began working at age 4 on Sesame Street. Son of a theatrical costume designer, Sbarge grew up backstage. He has appeared in five plays on Broadway and on stages around the country, and dozens of movies, including Risky Business, My Science Project, Independence Day, Pearl Harbor and Vision Quest. Sbarge has appeared in more than 100 television guest and series regular roles on network television shows, including the long-running ABC hit Once Upon a Time, Steven Bochco’s TNT drama Murder in the First and The Guardian for CBS, among others.

Rick Pratt (Editor/Producer) is a Los Angeles-based producer and editor. His diverse portfolio includes numerous corporate videos, music videos, TV series, independent films and documentaries. Pratt has extensive experience in editing. In his early career, Pratt worked under the direction of many top directors including Darren Doane, Geri Cusenza and Robert Lobetta. His work on LA Foodways for KCET garnered an Emmy nomination. Other films for KCET include Is There Hope For Planet Earth?, A Concrete River and Lewis MacAdams: A Celebration of Life.

Thomas Cassetta (Sound Designer/Producer) enjoys bridging the gap between the invisible art of technical craft and creative expression, after a quarter century in theater, film and television. Casetta brings an intimate understanding of the technical processes from development to distribution, for television and film clients including Viacom, KCET, HBO, Disney+, Amazon Studios and Netflix.

Matthew Kubas (Director of Photography) is a Los Angeles-based director of photography and lighting designer. His diverse portfolio includes numerous short films, music videos, TV series, feature films, documentaries and TV specials. Kubas has extensive experience in lighting and artistic camerawork. In his early career, Kubas worked under the direction of many of the top cinematographers, including Jo Willems and Matthew Libatique.

Freida Orange (Producer) started her film career at Miramax/Dimension, where she supported publicity campaigns for award-winning narrative films and documentaries including Kill Bill Vol. II, Bad Santa, Cold Mountain, The Aviator and Fahrenheit 911. At Sikelia Productions, she was executive assistant to Martin Scorsese on projects including Academy-Award winning The Departed, Shutter Island and acclaimed concert documentary Rolling Stones Shine a Light. She currently works in Film Publicity at Netflix. 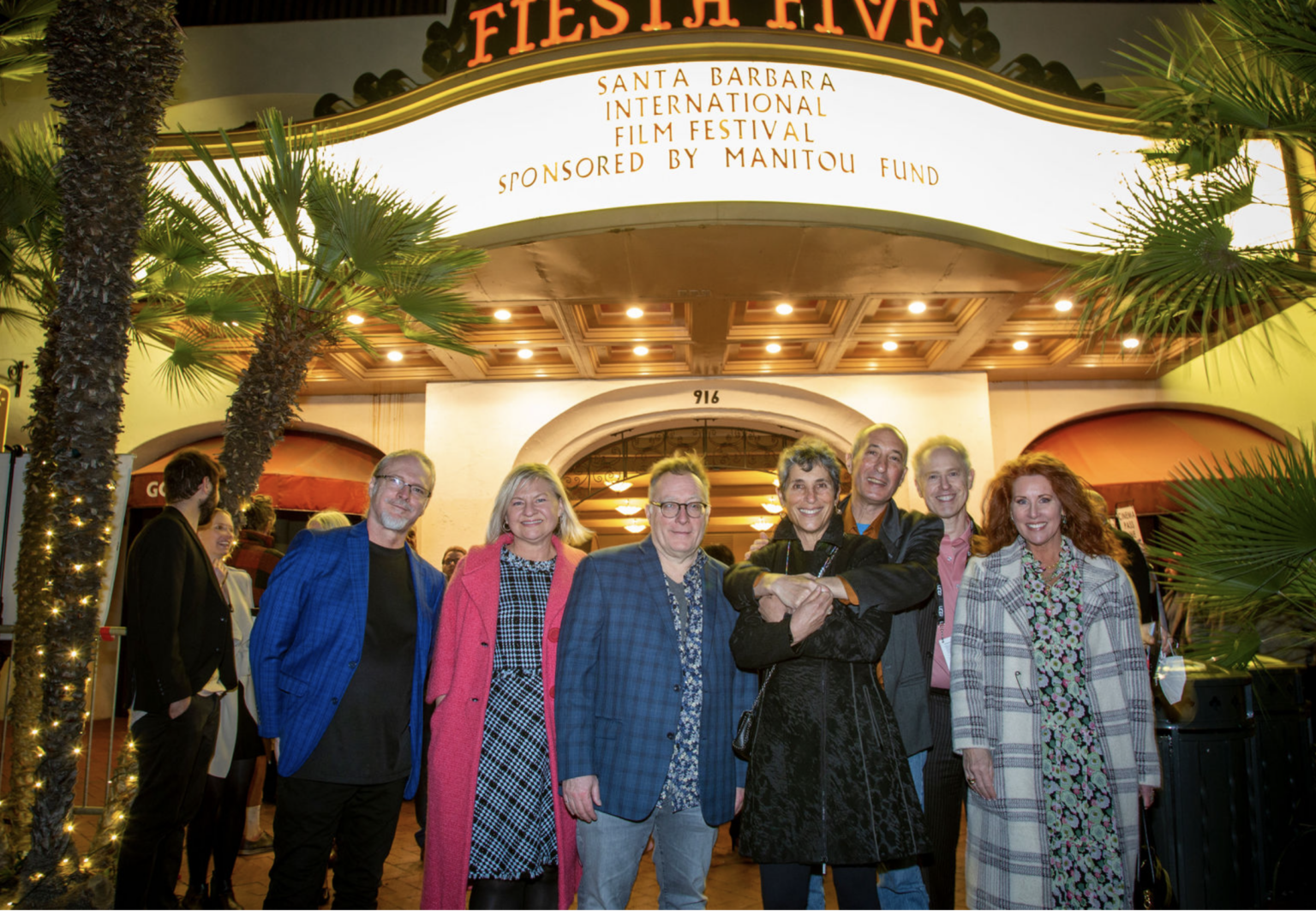 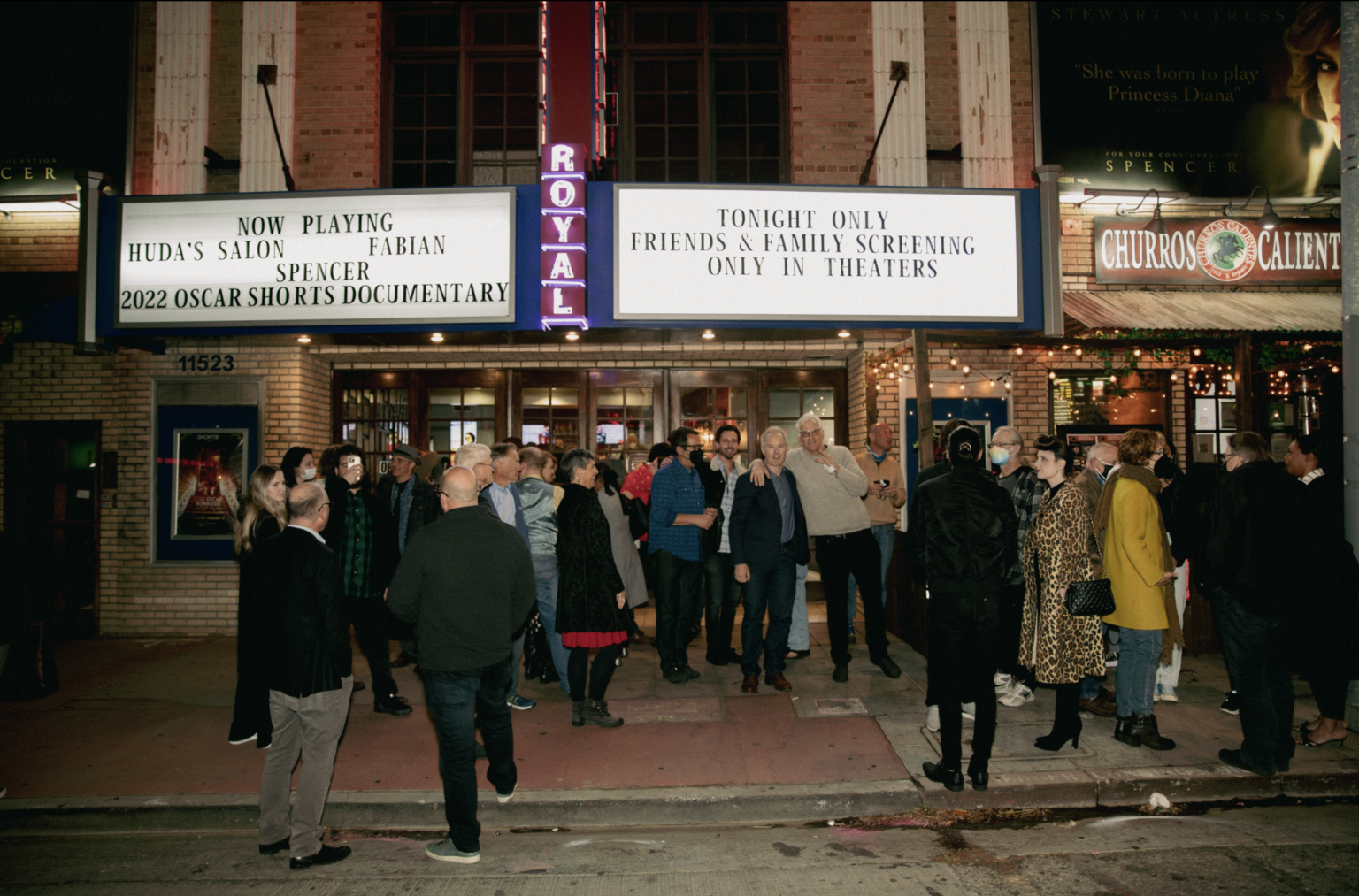 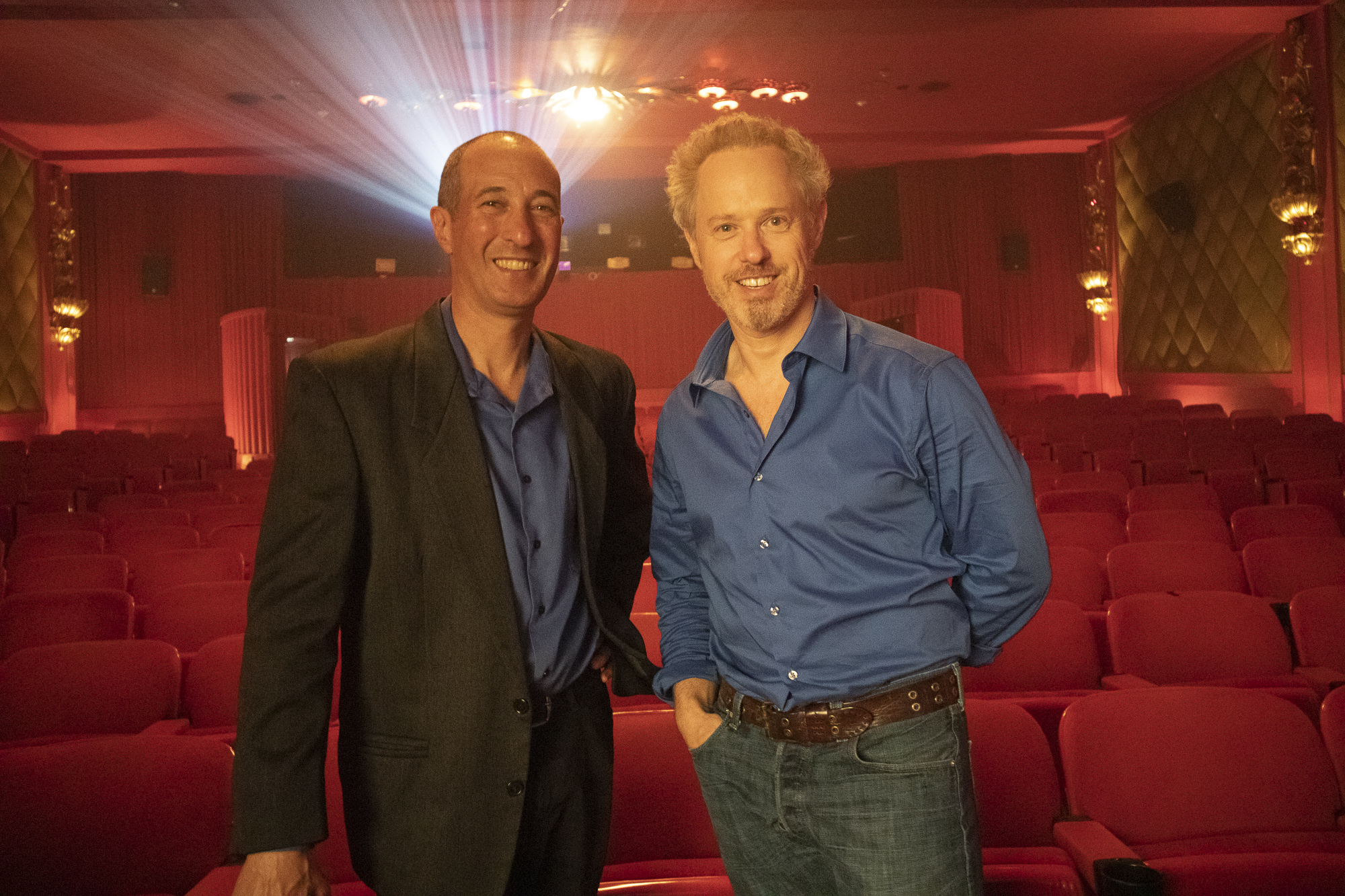 We have commitment from three respected Los Angeles film historians to develop the broader social, cultural and historical context for Only in Theaters.

Leonard Maltin is an American film critic and film historian, as well as an author of several books on cinema, focusing on nostalgic, celebratory narratives. Maltin is president of the Los Angeles Film Critics Association and is on the Advisory Board of the Hollywood Entertainment Museum. For nearly a decade, Maltin was also on the faculty of The New School for Social Research in New York. Maltin teaches Cinematic Arts at the University of Southern California.

Michael Renov is a film expert specializing in contemporary documentary filmmaking. He is the vice dean of academic affairs at the University of Southern California School of Cinematic Arts and professor of Critical Studies. He has served as a jury member at documentary festivals including Sundance, Silverdocs, the Buenos Aires International Independent Film Festival, Brazil’s International Environmental Festival of Film and Video, and DocLisboa in Portugal, among others. Renov’s teaching and research interests include documentary theory, autobiography in film and video, video art and activism, and representations of the Holocaust.

Ross Melnick is an associate professor of film and media studies at UC Santa Barbara. He has been named a 2017 Academy Film Scholar by the Academy of Motion Picture Arts and Sciences. The honor, one of two for scholars bestowed by the academy, will support Melnick as he writes a book on the history of Hollywood’s foreign ownership and operation of theaters around the world.

Four generations of the Laemmle family have dedicated themselves to supporting, innovating and elevating the art of filmmaking.

Responsible for bringing foreign film to Los Angeles and popularizing countless foreign, independent and documentary films and their filmmakers, the Laemmle Theatres’ impact on Hollywood and world cinema cannot be overstated.

In a world of growing conglomeration, the Laemmle circuit of theaters has become an anomaly: a family-owned and operated art house theatre chain.

Today, this remarkable family faces unprecedented downward pressure. Their resolve, however, is equally as resolute.